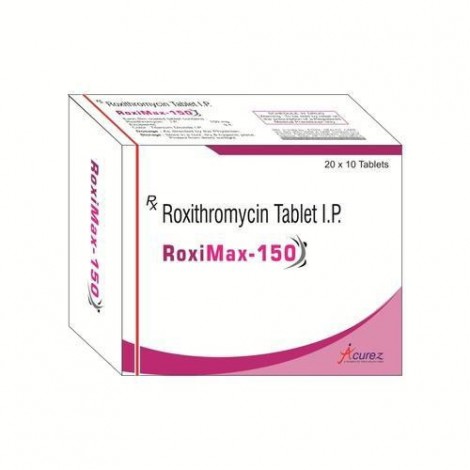 Roxithromycin has fewer interactions than erythromycin as it has a lower affinity for cytochrome P450.

Roxithromycin does not interact with hormonal contraceptives, prednisolone, carbamazepine, ranitidine or antacids.

When roxithromycin is administered with theophylline, some studies have shown an increase in the plasma concentration of theophylline. A change in dosage is usually not required but patients with high levels of theophylline at the start of the treatment should have their plasma levels monitored.

Roxithromycin appears to interact with warfarin. This is shown by an increase in prothrombin time (international normalised ratio [INR]) in patients taking roxithromycin and warfarin concurrently. As a consequence, severe bleeding episodes have occurred.